The Mistakes of Kings - A series. King Jeroboam


Ever heard about the servant who became king in his master's kingdom? This was the story of Jeroboam. He was in charge of the labor force of two tribes during Solomon's reign. He was a capable and industrious young man.

A prophet declared that God would give him ten out of the twelve tribe of Israel because of Solomon's disobedience. Solomon tried to kill him but God preserved him.

Many leaders had been raised from a background of servitude, hard labor and poverty. But God raised them up to be leaders.

In due time because of Rehoboam's foolishness, the kingdom did split and ten tribes followed Jeroboam.

Due to his own insecurity, fear and lack of self-confidence, Jeroboam did not hearkened to the commandment of God - to follow and obey him. The servant mentality was ingrained so much so that he did not have confidence in his own ability to lead the people despite God's promises.

He felt that the people would turn their allegiance to king Rehoboam when they go Jerusalem to worship God in the Temple. So, on (bad) advice of his counsellors, he built pagan altars with two gold calves as the 'gods.' and commanded the people to worship these.

Insecurity in own ability will lead a leader to make the wrong decisions. Once again we see the influence of bad counsel.

Leaders should not let the business of leading take their eyes off obeying God's commandment.

Jeroboam not only built pagan altars, he ordained priests from the common people. We learnt how the Levites and priests of the LORD, left in drove and moved to Jerusalem. There was no true spiritual leadership in the land.

He led the people away from God by his policies and practices. This was not just leaving the people to do what they like, he actually propagated idolatry worship.

Leaders have responsibility for the spiritual welfare of those they are leading. Nations either turn to or from God as a result of their leaders' action. The conversion of a Roman general leader led to the conversion of an empire to a Christian nation.

As always, the sins of these kings led to the anger of the King of kings. A prophet declared God's judgement on Jeroboam; not only that all his family would be wiped out, in addition God said he will abandon Israel (the ten tribes) and uproot them from their inheritance. What a judgement! There was no king that sat on the throne after Jeroboam that did good and eventually they were taken into captivity by the Assyrians.

The act of a king laid the foundation for the destruction of a nation. Leaders have huge responsibility for the present and future of those they are leading - nations, organisation, homes, communities, group. As long as you have followers, you are a leader and as such accountable for where you lead them to.

A nation without God will be riddled with revolts, evil, instability, lack and disunity. The majority of the people will suffer greatly.

The blessings of God (prosperity and peace) on a nation depends on the righteousness of its leader. We can see this in the history of the people of Israel and we can see it in our generation now. Which nation is free of debt? or which one is free of terrorist attack?

The legacy that Jeroboam left was a name that became a curse. His name was used as reference of a king who was judged to be a great sinner - it was said that he followed in the example of Jeroboam the son of Nebat.

What foundation have you laid as a leader? What would your legacy be for future generation? 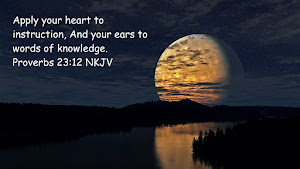 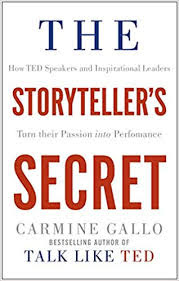